Could Trump or Brexit Happen in Nigeria’s 2019 Elections?

Could Trump or Brexit Happen in Nigeria’s 2019 Elections? 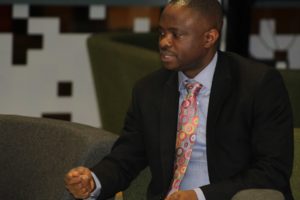 Next month, Nigerians vote to decide who will lead Africa’s largest economy and most populated country into the next decade. But creators of new democracy app, Rate Your Leader, are alarmed that the rise in anti-establishment candidates, fake news and foreign interference in other large democracies could hit the republic too.

President Muhammadu Buhari and opposition leader Atiku Abubakar lead a field of at least 10 presidential candidates in the February 16 poll, with elections also taking place for all federal legislators on the same day, just as March 2 will be the turn for governors of 29 states of Nigeria’s and legislators for the 36 states.

Social media giant, Facebook, this week announced it will not accept political advertisements from outside Nigeria during the elections, in an effort to prevent “foreign interference”.

Social media misinformation during the campaign has already seen President Buhari forced to deny that he had died and been replaced with a clone, following online reports.

Former Nigerian President, Olusegun Obasanjo, has been vocal throughout the campaign, including accusing the incumbent of planning to rig the elections. Outsider, Kingley Moghalu of the Young Progressive Party, was also seen as victor in recent televised debates.

New democracy app Rate Your Leader – whose mission statement is “take back democracy with technology” – has recently been launched in Nigeria to connect politicians with verified local electors using abuse-proof technology. 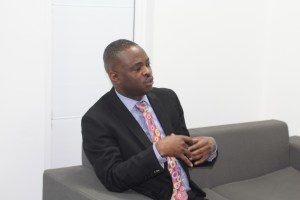 According to the Founder, Rate Your Leader, who doubles as Nigerian tech entrepreneur:
“Both Abubakar and Buhari are well-known to Nigerians, having held high office since the 80s and 90s. As a result some commentators have described the contest as a ‘two horse race between uninspiring candidates’.

“Experience counts for a lot in Nigerian elections, but if you’re a voter who wants to see change, you might not be inclined to trust someone who has already had nearly 40 years to deliver it with your vote, and might be attracted by an anti-establishment candidate.

“When you add into the fact that security concerns relating to Boko Haram and herder/settler clashes are bound to play a huge role in this election, the fact that a former President has arguably already undermined the credibility of the poll, and myths taking hold that one of the candidates was dead, you’re got the perfect recipe for the rise of anti-establishment sentiment.

“In other large and more-established democracies in the last few years we’ve already seen this – Brexit in Britain, Trump in America, Le Pen in France – alongside allegations of so-called ‘fake news’ being spread on social media and foreign inference in elections. There’s no reason why it couldn’t happen in Nigeria too.

“Nigerian democracy has made huge strides, with the 2015 elections seeing markedly less electoral violence than previous contests. But there is a risk that new technology could bring about a return of the bad old days. That’s why politicians need to take advantage of technology like Rate Your Leader to really engage with the people they serve”.

Rate Your Leader is a global online platform which helps politicians engage only with voters in their constituencies in an abuse-proof way. The technology allows elected leaders to truly understand what matters most to the people who elect them while allowing local people to identify and contact their representatives at the touch of a button, direct from their phones or tablets.

The app, which also allows people to check to see if they are registered to vote and identify their elected representatives at the touch of a button, is free to download from the App store and other app marketplaces.

Nigeria elects: Where will the 2019 elections be won and lost?

Leave a reply Click here to cancel the reply